The impact of climate change on beer production

The impact of climate change on beer production 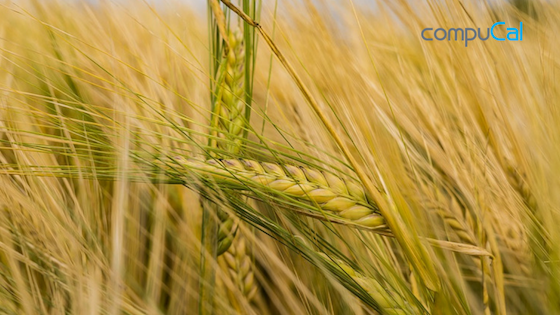 The latest researches about the effects of climate change on beer production caught our interest and filled us with worries.

As an Irish based company with some of the most popular global brewery brands as customers, CompuCal has great interest about the beer industry.

Summer 2018 was one of the warmest in Europe. When people sat under the sun drinking their cold beer probably didn’t have in mind that this is a pleasure that might not be able to have in the future.

During the last years, the global temperature has increased and a lot of regions experience warm and dry weather. This affects the brewery industry in two ways:

What will probably happen when Brewers run out of barley

It is predicted that Global warming will reduce the barley crops by around 17% which is the number used by Beer Brewers worldwide.

For example, most of the hops in the US are grown in Washington, Oregon and Idaho. Those three states have had increasingly severe droughts.

A warming climate could give rise to global barley shortages. Beer is technically a luxury good, so more of it will be funnelled to livestock. Moreover, the shortage of barley will lead to the price rise of the barley. Small breweries will not be able to afford the increase in costs and larger ones will have to increase the beer’s price. Finally, hot and dry weather undermines the grain quality, so it is more likely to be sold as feed.

On the other side of the Atlantic, where making beer is part of the heritage of certain areas, the global warming threatens the production of their crafts.

A recent research about Lambic, the local beer of Brasserie Cantillon in Belgium, gave some warning results.

Lambic is made with the traditional way. Breweries cool their wort overnight and rely on night-time temperatures between -8oC and +8oC. Moreover, the best temperature for aging lambic is bellow 25oC. Because of the higher temperatures and longer summers, the brewing window has declined from 165 days in the early 1900s to around 140. By the end of the century there could be only 90 brewing days left.

Someone could wonder why they don’t use technical means to artificially cool the wort and the barrel rooms. Some breweries do it but in this kind of brews, it would affect the taste. Especially, during the aging process, the temperature fluctuations are important for the beer’s character. So, having the most accurate and well calibrated instruments to keep the temperature low, wouldn’t improve the quality of the product.

Will we run out of beer?

There are some options for barley farmers and breweries to adjust to the reality of the climate change. Farmers could use genetically modified seeds or change their farming practices. However, even if they manage to adapt, the consequences in the quality and prices will not be easily avoided.

With info from:  Beer city Brussels, The Guardian, arstechnica.com

Find out more or adjust your settings.

This website uses cookies so that we can provide you with the best user experience possible. Cookie information is stored in your browser and performs functions such as recognising you when you return to our website and helping our team to understand which sections of the website you find most interesting and useful.

Strictly Necessary Cookie should be enabled at all times so that we can save your preferences for cookie settings.

If you disable this cookie, we will not be able to save your preferences. This means that every time you visit this website you will need to enable or disable cookies again.

This website uses Google Analytics to collect anonymous information such as the number of visitors to the site, and the most popular pages.

Please enable Strictly Necessary Cookies first so that we can save your preferences!

This site uses cookies: Find out more.
Go to Top